Sprint Burndown Chart: Yes or no?

The burndown chart is supposed to show the current status of the team and indicates whether the team is likely to successfully get everything done in the sprint. But: In my opinion you don't need a burndown for that because all the information can be read from the sprintboard. Nowadays sprints are mostly 2 weeks long (I haven't heard from anyone using longer sprints than that in a long time), so it's relatively easy to overlook this time. While I think that a burndown is useful with 4 week long sprints, in sprints up to 2 weeks length it's basically just maintaining an information that is already on the sprintboard.

I've been trying to solve this dilemma for quite some time now but haven't found a real solution yet. First I tried to find the reasons for a burndown chart. Having found none that did satisfy me, I thought: Well, maybe there's another good, intuitive way to visualize the current status. One that would maybe integrate directly into the sprintboard. So far, I haven't found one.

Being on agile coach camp 2013 past weekend, I took the chance and conducted a session called "Burndown Chart 2.0" hoping to find this intuitive, sprintboard-integrated way. 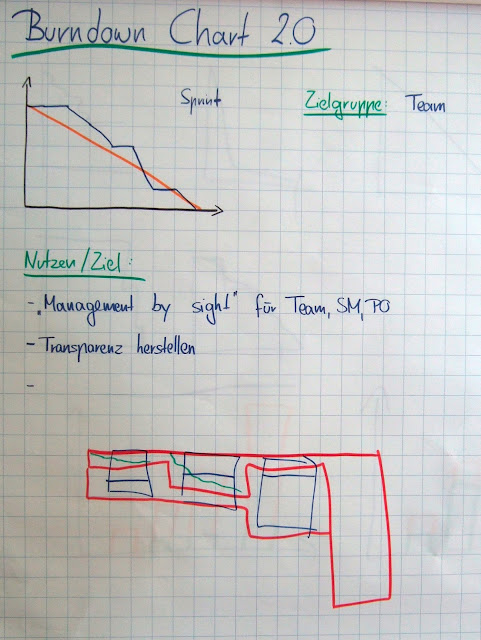 Deriving from the fact that it's a tool by the team for the team, the burndown chart should be used when the team wants to use it. If you feel that a burndown chart could help you in your current situation, then use it, otherwise there's probably no real reason to use it. Using a burndown chart is not essential.
Apart from that it doesn't always have to be a chart. Depending on what you want to visualize it can also be a traffic light (visualizing if the team thinks the sprint will be successfull) or any other visualization you can think of. 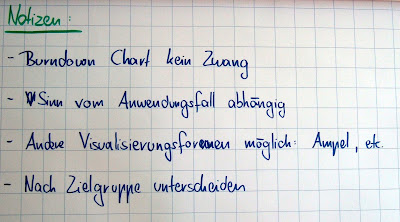